Todd Yoder’s practice focuses on representing qui tam whistleblowers in both federal litigation and whistleblower reward programs. In February 2020, Todd argued the precedent setting case of Barko v. KBR before the U.S. Court of Appeals for the District of Columbia Circuit, often regarded as the second most powerful court in the United States, behind the Supreme Court. Todd obtained a unanimous ruling on behalf of the whistleblower, and set nation-wide precedent limiting the ability of corporations to force whistleblowers (and other victims of employment discrimination) to pay exorbitant “costs” in lawsuits heard in federal court. 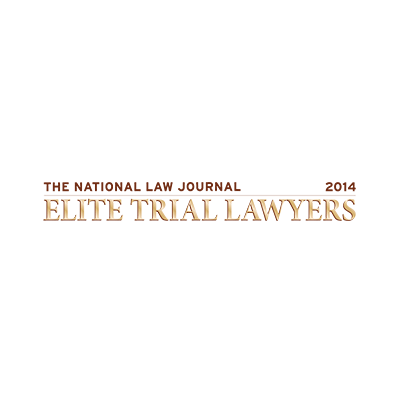 “Todd argued my case against KBR before one of the highest court’s in the land. He won. That says it all.”

On November 6, 2020, Judge Royce C. Lamberth of the United States District Court for the District of Columbia issued a key ruling in United States ex rel. Scollick v. Narula further outlining the contours of the False Claims Act’s (“FCA”) hotly debated “materiality” requirement.  Under the FCA, private individuals known as “realtors” are able to bring qui tam lawsuits on behalf of the United States when they possess inside knowledge of parties presenting fraudulent claims for payment to the federal government. This long-running FCA case was filed by relator Andrew Scollick in 2014 alleging, in relevant part, Optimal Solutions and Technologies, Inc., along with its two highest level directors (collectively the “OST Defendants”), caused false claims for payment to be presented to the United States under service-disabled veteran-owned small business (“SDVOSB”) construction contracts.  The OST Defendants allegedly facilitated the creation and operation of a sham SDVOSB company named Centurion ...

False Claims Act Settlements Top $200 Million in the Past Week

Three recent settlements of False Claims Act (“FCA”) cases have resulted in recoveries for the United States and several individual states totaling $211 million.  Whistleblowers initiated all the settled cases under the FCA’s qui tam provisions, which allow a private individual, who has inside knowledge of fraud resulting in a financial loss to the United States Government, to file a lawsuit on behalf of the United States in federal court.  In addition to the federal FCA, many states have analogous laws, and the recent settlements include multi-million dollar payments to resolve state false claims cases.  For their role in exposing the fraud and allowing the recovery of over $200 million in taxpayer dollars, the whistleblowers will receive a combined $18 million, with further awards to be decided in the near future.  The recently settled cases all centered around allegations of fraudulently practices by the defendants to secure payments under government ...

Over the last few weeks, the Department of Justice (“DOJ”) announced nearly $25 million in False Claims Act (“FCA”) settlements, with whistleblowers receiving at least $2.8 million in awards.  The FCA’s qui tam provisions allow a private individual, who has inside knowledge of fraud resulting in a financial loss to the United States Government, to file an FCA lawsuit on behalf of the United States in federal court. The government can choose to intervene and take over the primary litigation role in an FCA case or, if not, the whistleblower, known as a relator, may continue with the case on their own.  Once the United States recovers any damages in the case, the relator is eligible for a reward of between 15-30% of the total amount recovered.  The recently announced FCA settlements involve fraud against the government in several industries, including higher education, construction, disaster relief, and healthcare. On May ...